Responding to a Federal Rate Hike 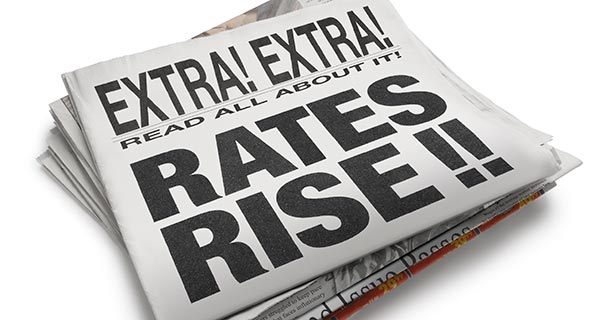 Effective December 15th the Federal Reserve raised the target range for the federal funds rate from 0.5% to 0.75%. Since this rate hike was no surprise to experts in the field, many mortgage economists had already been tracking the effects. Mortgage application volume has been dropping for a month or so but this rate hike has done nothing to help. Mike Fratantoni, chief economist at the Mortgage Bankers Association, said that they have adjusted the forecasted path of interest rates slightly upward for the December forecast. In the same announcement Fratantoni added that refinancing activity is also prospected to fall into the new year. The surprise came when the Feds announced 2017 would hold three rate hikes instead of the originally proposed two.

Panic isn’t necessary despite the initial reaction to hearing the term “rate hikes”. Those who are house hunting have actually already held fast through mortgage rates steadily rising since September 2016. Some believe that this continued flux in mortgage rates is the industry bracing itself for federal hikes in 2017. Many instead attribute it to the belief that Republican control of the White House and Congress will lead to a surge in government spending that will stimulate the economy. Whatever we believe politically the rise in rates isn’t directly from the Federal government but instead a reactionary response to a rapidly changing American government. Instead of reacting along with everyone else in the industry it is wise to retreat for a moment and solidify our small business.

Smaller offices shouldn’t worry too much about the 2017 federal rate rise but instead focus on their own business practices to ensure that each client receives the most exclusive care. Rates are rising, lots to build on and the workers willing to build them well are hard to find but people still find themselves having to move. Solidifying our own business instead of seeking outside solace in a shifting economy will help any office build confidence and solidify their evergreen marketing strategy: word of mouth. To actively take interest in improving word of mouth marketing make small improvements in the area where clients come for their consultations, become more active on social media to help raise awareness to our knowledge of the industry, and start crafting email newsletters.

Applying these tactics to our current mortgage and acquisition business doesn’t take a huge cost to start as most of these tasks can be completed in house. Sometimes improving a meeting space just requires a deep clean or fresh flowers that can be picked outside. For the more nuanced marketing positions it is always ideal to hire outside help but we understand that sometimes that money just isn’t in the budget. There is social media scheduling software as well as email marketing software that makes creating something new a bit easier than starting from scratch. At the end of the day the main focus when the federal government is looking to raise interest rates should be on our own house. By that we mean, focus internally, where we can control the climate and daily schedule. This will ensure that we’re not only less stressed but also able to be proactive in the success of our growing business.